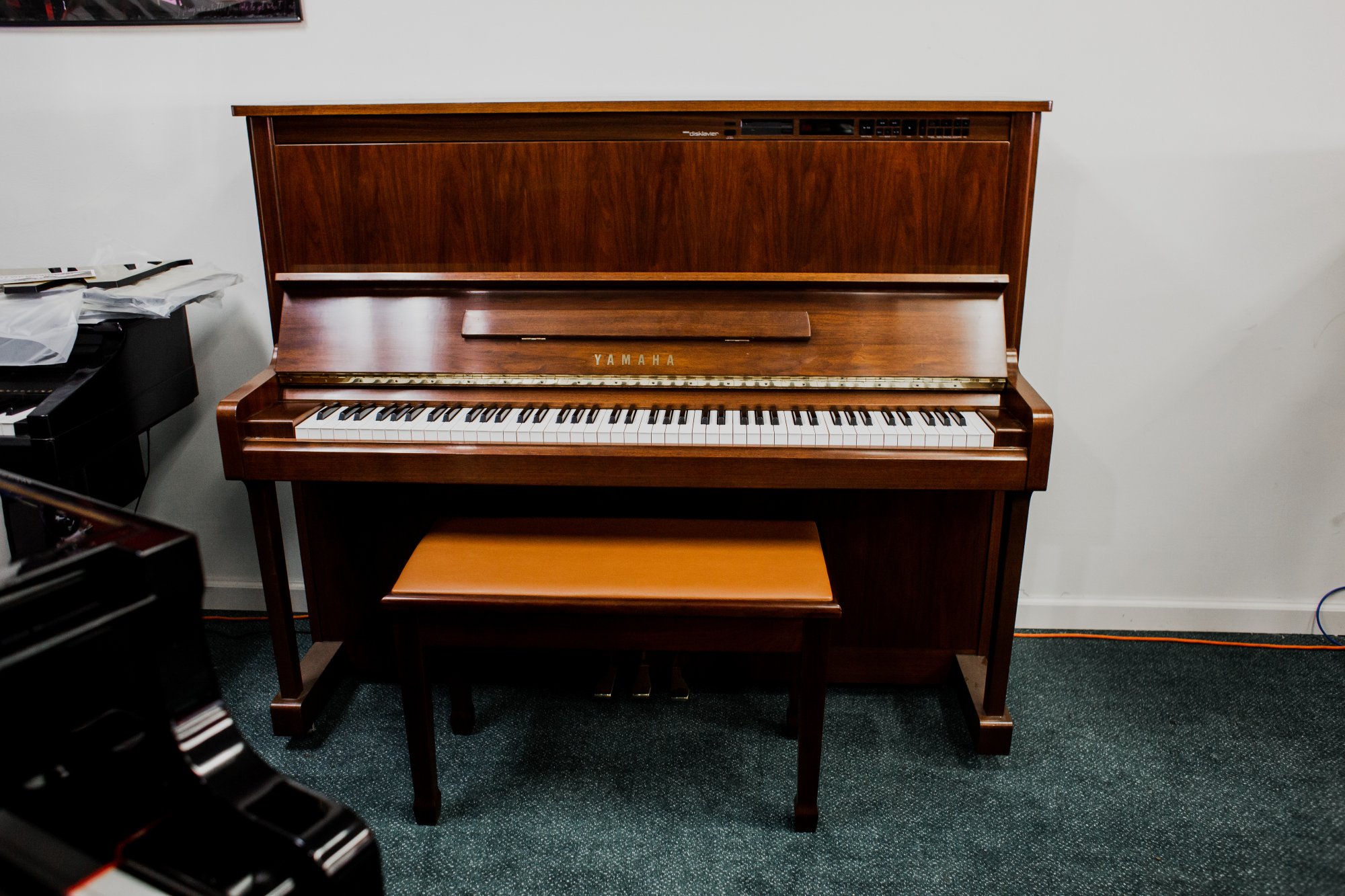 The Yamaha MX100A is a Yamaha Model U1 Upright Piano with a Disklavier player piano system built into the instrument. The MX100A features a remarkably sophisticated recording system for its day, a system that included hammer sensors — an innovation that was not available on most player piano systems from other companies at that time. This early Disklavier model includes fundamental features that have been included on every Disklavier since – such as tempo control, transposition, and connectivity with external MIDI devices.